SAPF stands for 4 batches of 10 deployment containers for (inter-)national F-35 operations and exercises. The first batch of 10, consisting of ICT and (De-)Briefing containers, will be delivered to airbase Leeuwarden.

A lot has been done before this. From the moment it became known that the Netherlands was interested in the F-35 program, we as a company started looking for opportunities to participate. We knew the possibilities were limited, because CAS cannot supply aircraft parts. So we had to look for work on the ground. In addition, we had to find out who will be the customer: Lockheed Martin (LM) or are the countries going to buy individually.

In the meantime, several Dutch companies had united in NIFARP, a working group of the NIDV (www.nidv.eu). To this end, it was decided to introduce BV-NL as a group to LM. Over time it became clear that our route was different, because the purchase of containers is the responsibility of the individual countries. In other words, CAS has to knock on the door of each country to get its foot in between the door to do business. So far this has been achieved in 2 countries. The first country was Norway due to a collaboration with HPE in another project, now second is the Netherlands. The projects from both countries offer a good CV to other potential F-35 countries.

In short, we are very proud of this moment and thank Vice-Admiral de Waard and DMO for signing the contract at CAS location! 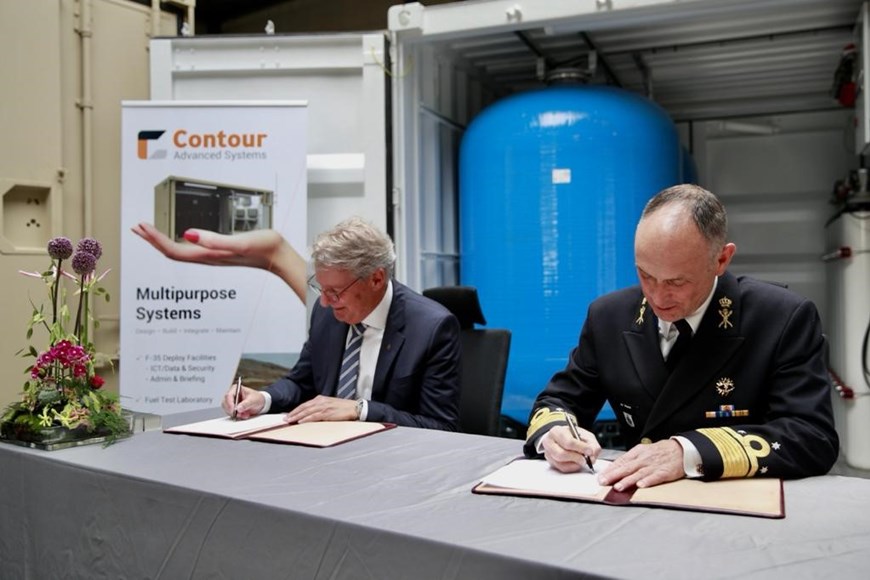